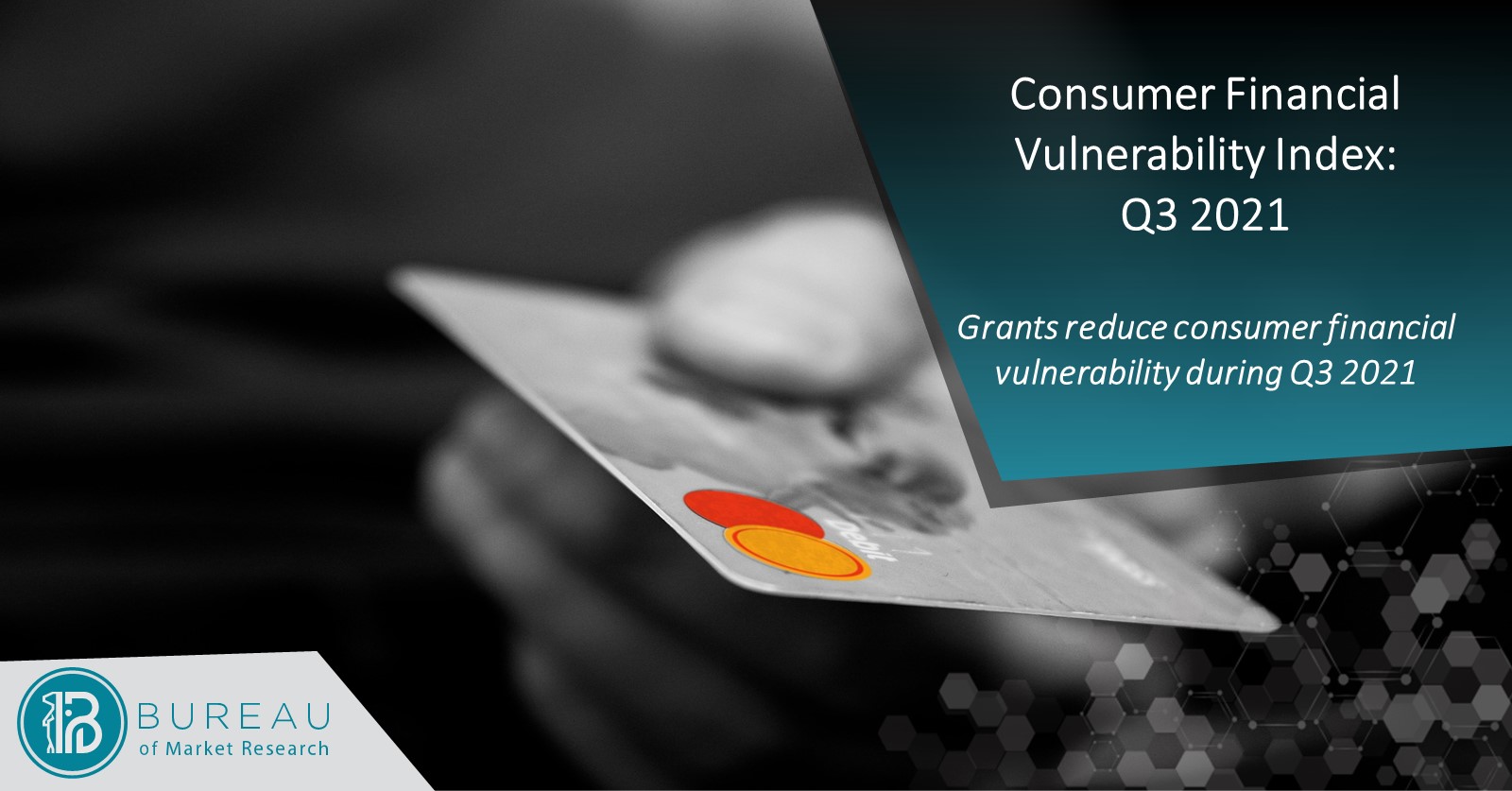 Although the CFVI is at the same level as in Q2 2019, consumers are generally still in a financially vulnerable state. Millions of consumers’ financial positions are vastly different than two years ago. Since Q2 2019, almost 1.4 million workers lost their jobs and income. But almost 6 million Social Relief of Distress (SRD) grant payments of R350 per month were made in Q3 2021. This suggests that the recovery in the CFVI was driven more by the reinstatement of the SRD-grant than by job creation. 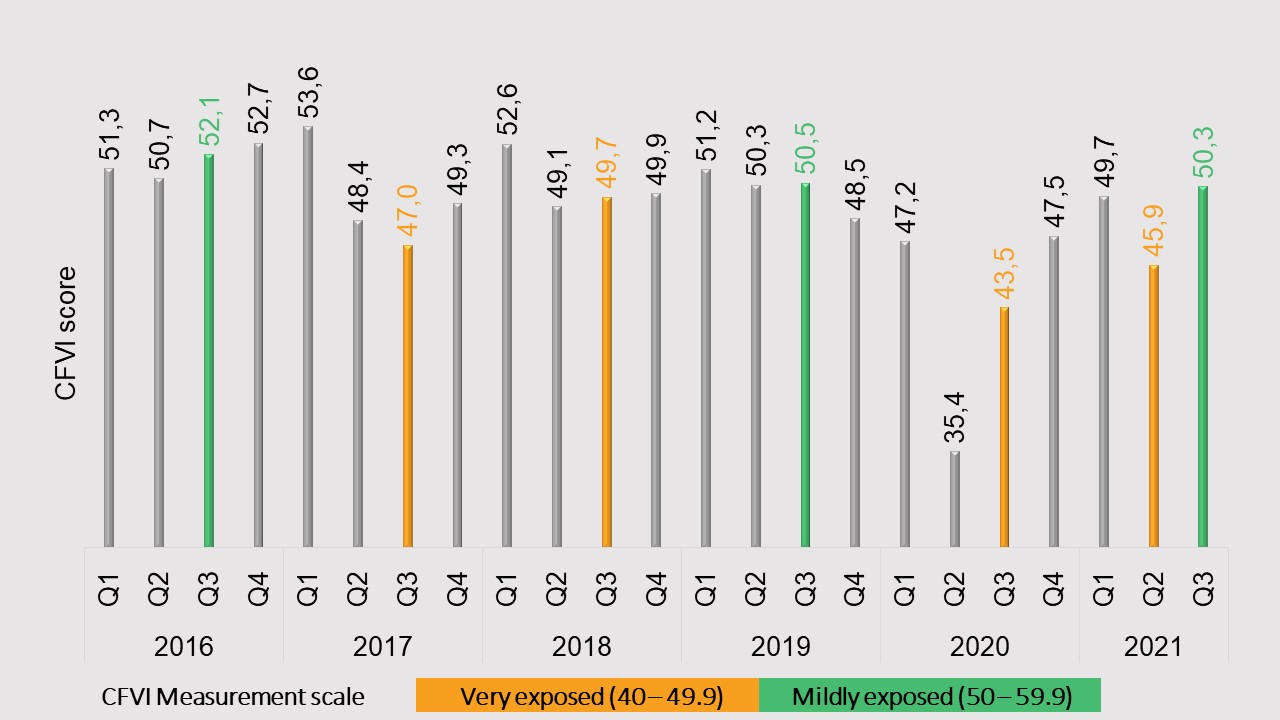 The spill-over effect of the SRD-grant, among others, seems to have had a positive effect on all sub-indices of the CFVI in Q3 2021 as: 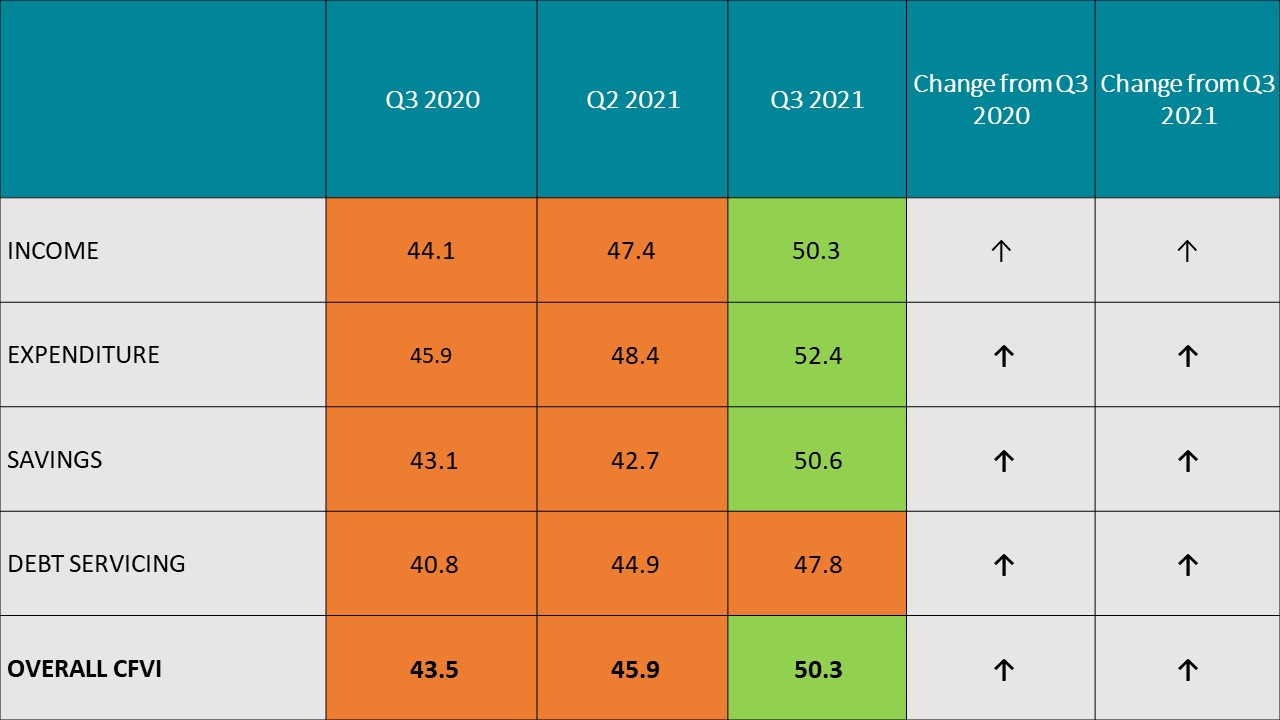 The decline in the CFVI therefore reflects that the majority of consumers are feeling financially exposed and insecure, meaning that any small adverse event (e.g. pay cuts) can contribute to a large deterioration in the state of their personal finances. When interpreting the CFVI, it is important to keep in mind that a small number of consumers earn the bulk of the income and are responsible for most of the spending, saving and debt servicing in the economy.

Reasons behind the changes in the four sub-index scores: 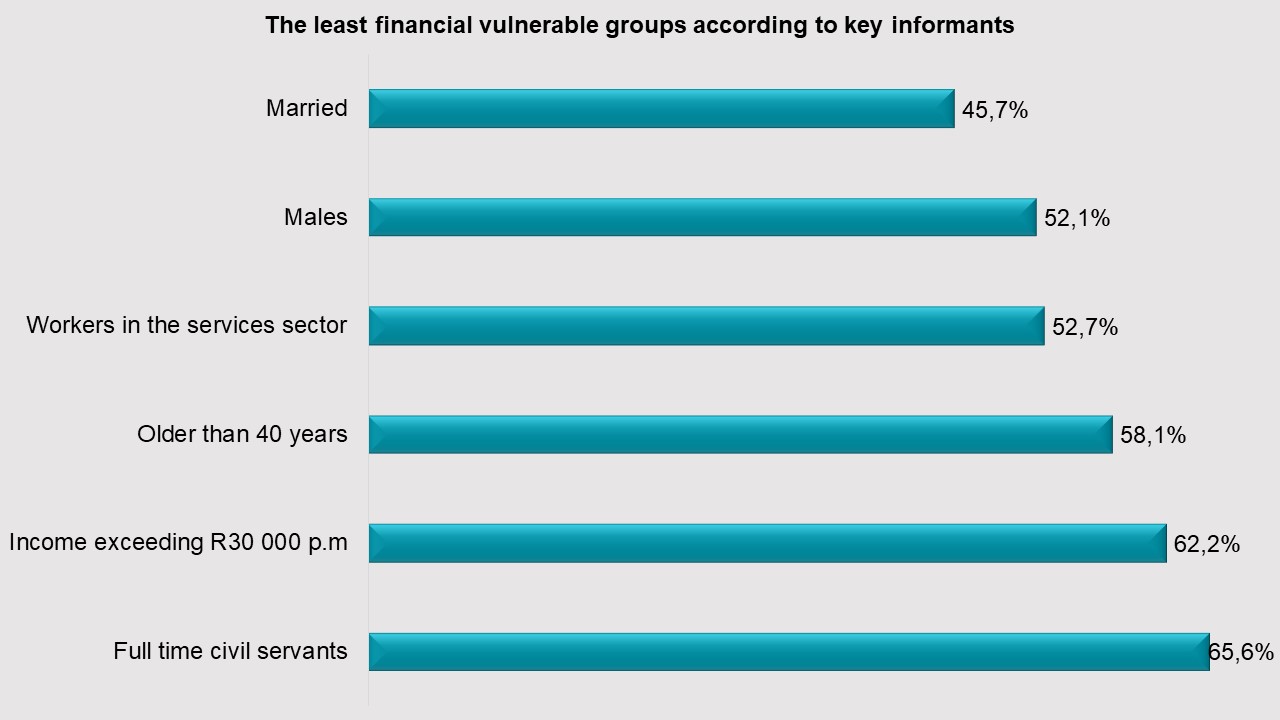 Key informants expect some notable changes in the economic environment in Q4 2021. The majority foresees consumer price inflation to increase, a higher unemployment rate and a worsening South African economy. In contrast, most expect the international economy and the financial situation of South African consumers to recover further.

About the index
As part of Momentum’s Science of Success campaign, the Index is one of the reports produced in the partnership between Momentum and Unisa that aims to provide South Africans with information and strategies on how they can accelerate their journey to financial success. The CFVI is compiled from the views of key informants (researchers, bankers, insurers, retailers, government, economists, analysts, etc.) who deal with consumers daily.