In Honour of Mike Schüssler 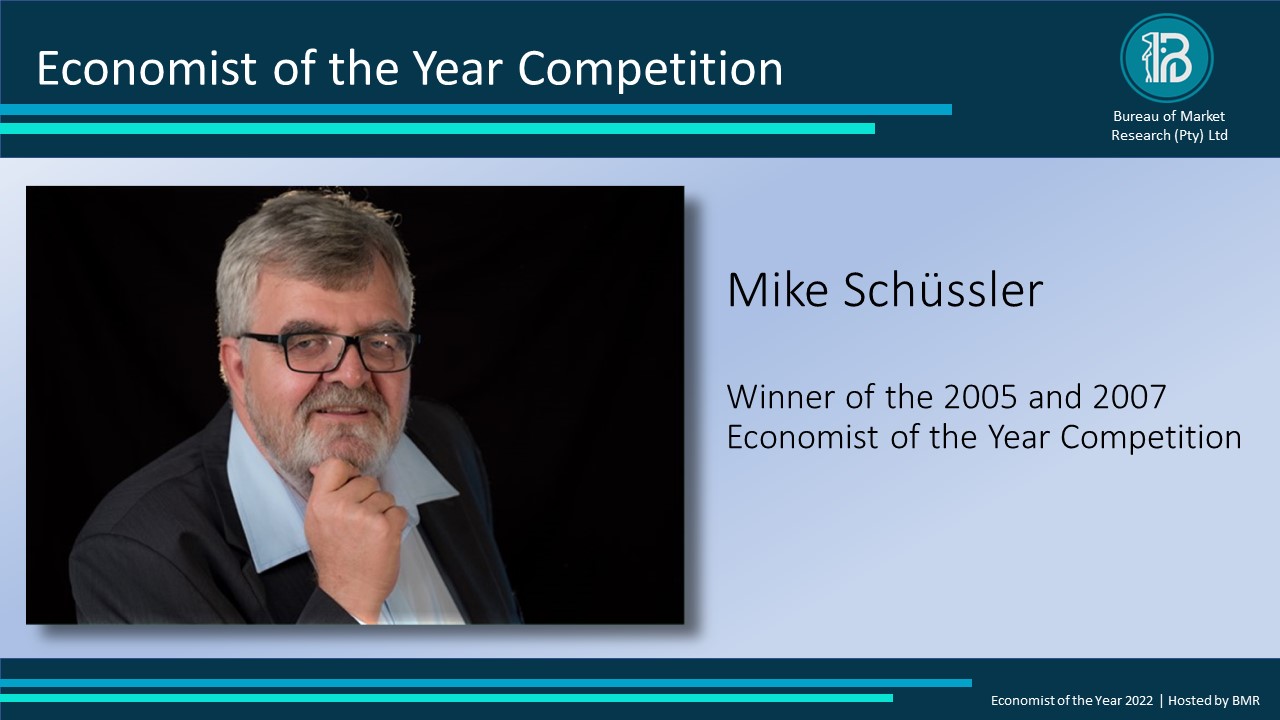 In Honour of Mike Schüssler

It is with great sadness that the BMR this morning learned of the passing of a dear colleague, friend and co-economist, Mike Schüssler. His passing left profound sorrow in thousands of people’s lives whom Mike had a direct overwhelming positive impact. Mike impacted the lives of millions of others through the views he expressed and the benefits they accrued from Mike’s policy and programme recommendations.

In his life, Mike was a BIG man in the literal and the figurative sense of the word. He was richly blessed with a BIG enigma and charisma which together with his brilliant mind kept his listeners enthralled. He was also blessed with a BIG heart for people and for society and cared deeply about the common citizenry and advocated a variety of economic ideas aimed at improving the lives of people in general. Mike had a BIG voice as he was not scared of voicing his opinion and taking on powerful politicians and business people when he believed that they were wrong, or alternatively misguided.

The BMR colleagues will never forget the experience of Mike behind his computer, flipping through files while indicating linkages between data that a lot of us did not see. And as he became excited about what the data is saying he would flip up the hair at the back of his head while explaining what he was seeing. There were many times that some of us believed that Mike was wrong with some of these linkages just to be proved over and over that he was indeed correct.

Rest in peace Mike and may the angels play you the hard rock and classical music that you loved so much. May there be a lot of discussion partners on the other side, and may you have vibrant discourses with Keynes, Hayek, Smith and all the other masters of economics that passed away before you. You will be sorely missed but you will always remain in our hearts and minds. Gone, but never forgotten.