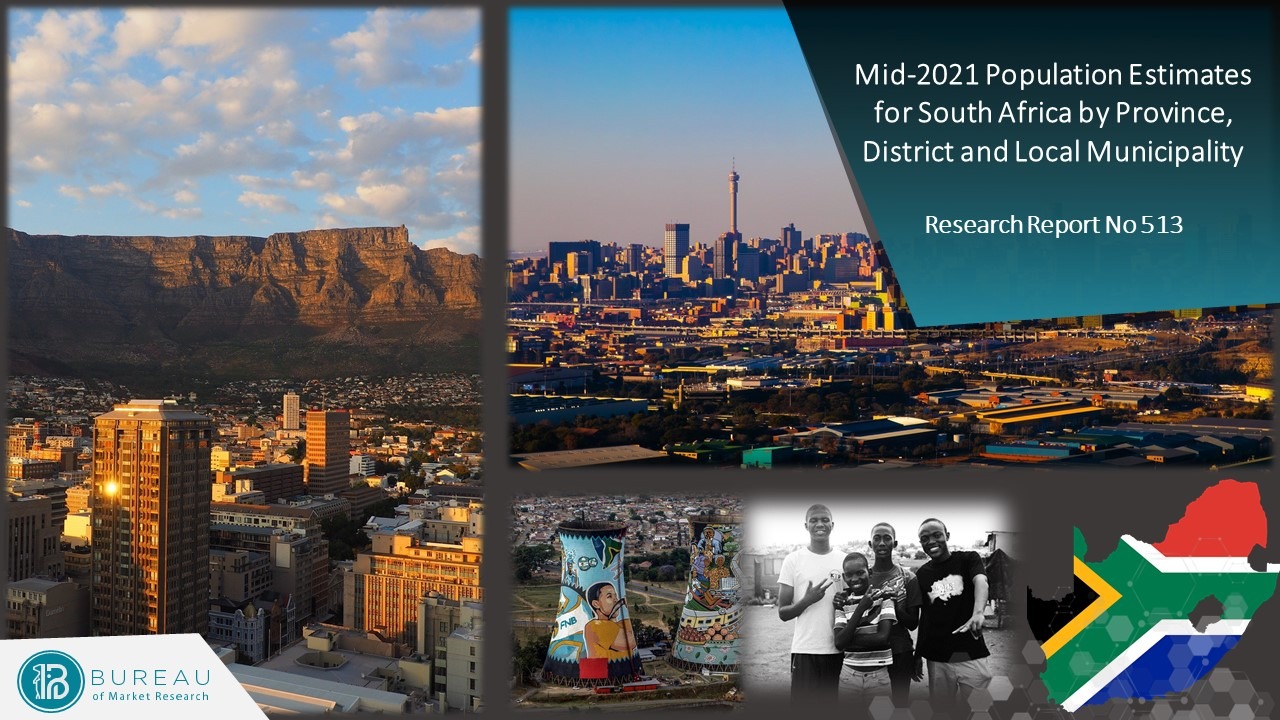 The Bureau of Market Research (BMR) (Pty) Ltd at the University of South Africa (Unisa) recently released a report on the population projections for South Africa by province, district and local municipality as of mid-2021.

The BMR report, compiled by the Demographic Research Division, applies a cohort component method in projecting the national and provincial population and the ratio method for the district and local municipality population. The base of the projections is the October 2011 Population Census figures adjusted to mid-2011 in conformity with international standards for population projections.

The BMR estimates the total South African population as at mid-2021 to be 60.5 million persons. The provincial breakdown indicates that Gauteng remains the most populous province with an estimated population of 15.9 million persons, while Northern Cape remains the least populous province with an estimated total population size of 1.3 million people, as at mid-2021. Also, the percentages of the population group composition are estimated to be 80.8% for Black Africans and 2.6% for Indians/Asians in mid‐2021. Besides cohort analyses by province and population group, the report also provides population estimates by age–sex structure, with females projected to constitute 51% of the mid-2021 population. A gradual ageing population is observed from the analyses. The report further articulates that of the projected mid-2021 population of the 20 largest metropolitan and district municipalities in South Africa, as of mid-2021, Zululand District Municipality (936 632 persons) in KwaZulu-Natal Province ranked number 20, while the City of Johannesburg Metropolitan Municipality (5 971 781 persons) in Gauteng Province ranked number one. The estimates indicate that as of mid‐2021, the largest local municipality in terms of population size was Emfuleni (803 411 persons) in Gauteng Province while the least populous local municipality was Mier (6 902 persons) in the Northern Cape Province. 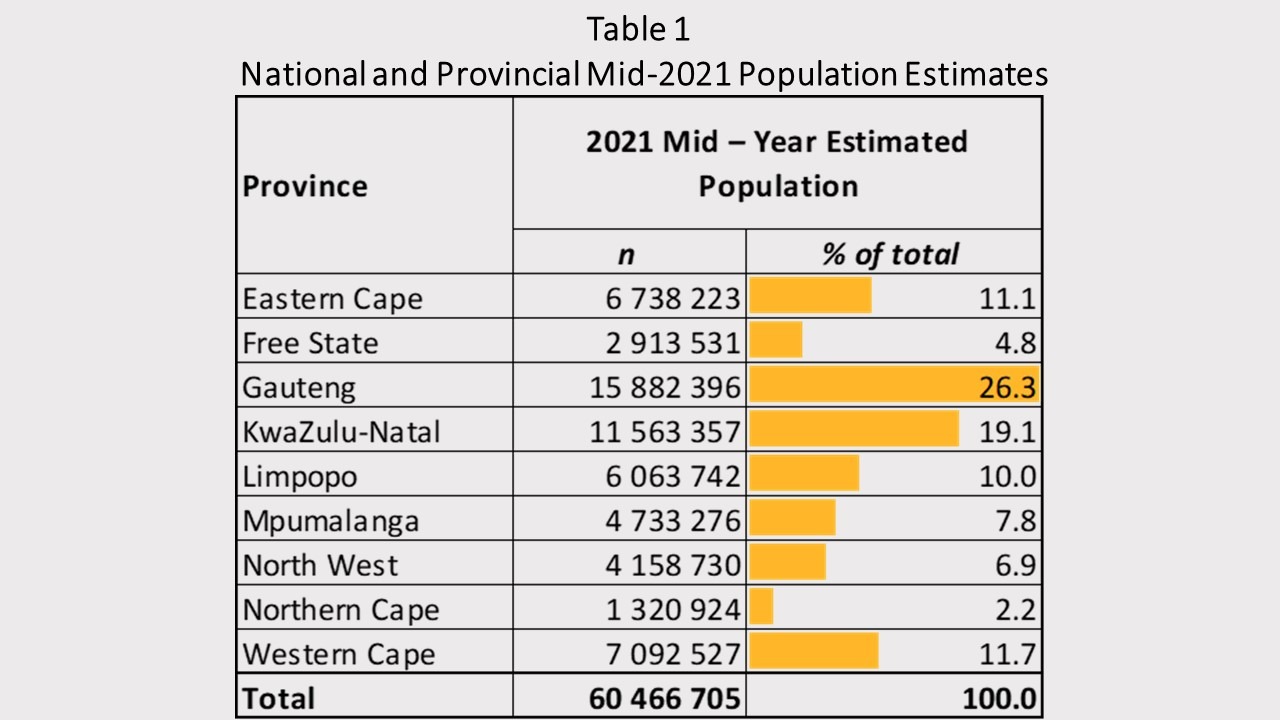 The BMR report provides essential population estimates for South Africa which can be used for planning purposes regarding inter alia health, service provision and fiscal aspects. Increasing population numbers imply that, in the future, there would be an increased demand for social and health services, electricity, water supply as well as toilet and waste disposal facilities, and this needs to be taken into consideration when planning in these sectors. Overall, the results of this study are particularly useful for the computation of various health indicators such as disease prevalence and mortality rates. Likewise, the updated projections are of vital importance for the private and public sectors alike.  Whereas the private sector uses such updates primarily for market sizing purposes, the public sector uses the updates primarily for planning purposes.  Population indicators are also useful in the continued surveillance of COVID-19 as well as the on-going vaccination programmes in South Africa.  However, it is important to note that the populations estimations do not take into consideration the impact of the ongoing COVID-19 pandemic, which has most likely increased mortality rates, accompanied by a drop in fertility rates, while migration may also have been receding.  Factoring the impact of COVID-19 into population estimates will require strong and valid indicators for understanding the phenomenon. Until surety with a high degree of certainty has been obtained regarding the validity of available demographic data, the BMR’s past methodology for estimating the size of the South African population has been retained, with the mid-2021 estimates presented in the BMR report.

MID-2021 POPULATION ESTIMATES FOR SOUTH AFRICA BY PROVINCE, DISTRICT AND LOCAL MUNICIPALITY (Research Report No 513) was compiled by Dr Joshua Kembo (BMR Senior Researcher) in collaboration with Professor Carel van Aardt (BMR Research Director).  For any enquiries regarding the study please contact Dr J Kembo joshua.kembo@bmr.co.za who was the lead researcher of the study.