SCHOOL VIOLENCE IN GAUTENG: A CONVOLUTED PROBLEM WITH DEEP-ROOTED CAUSES 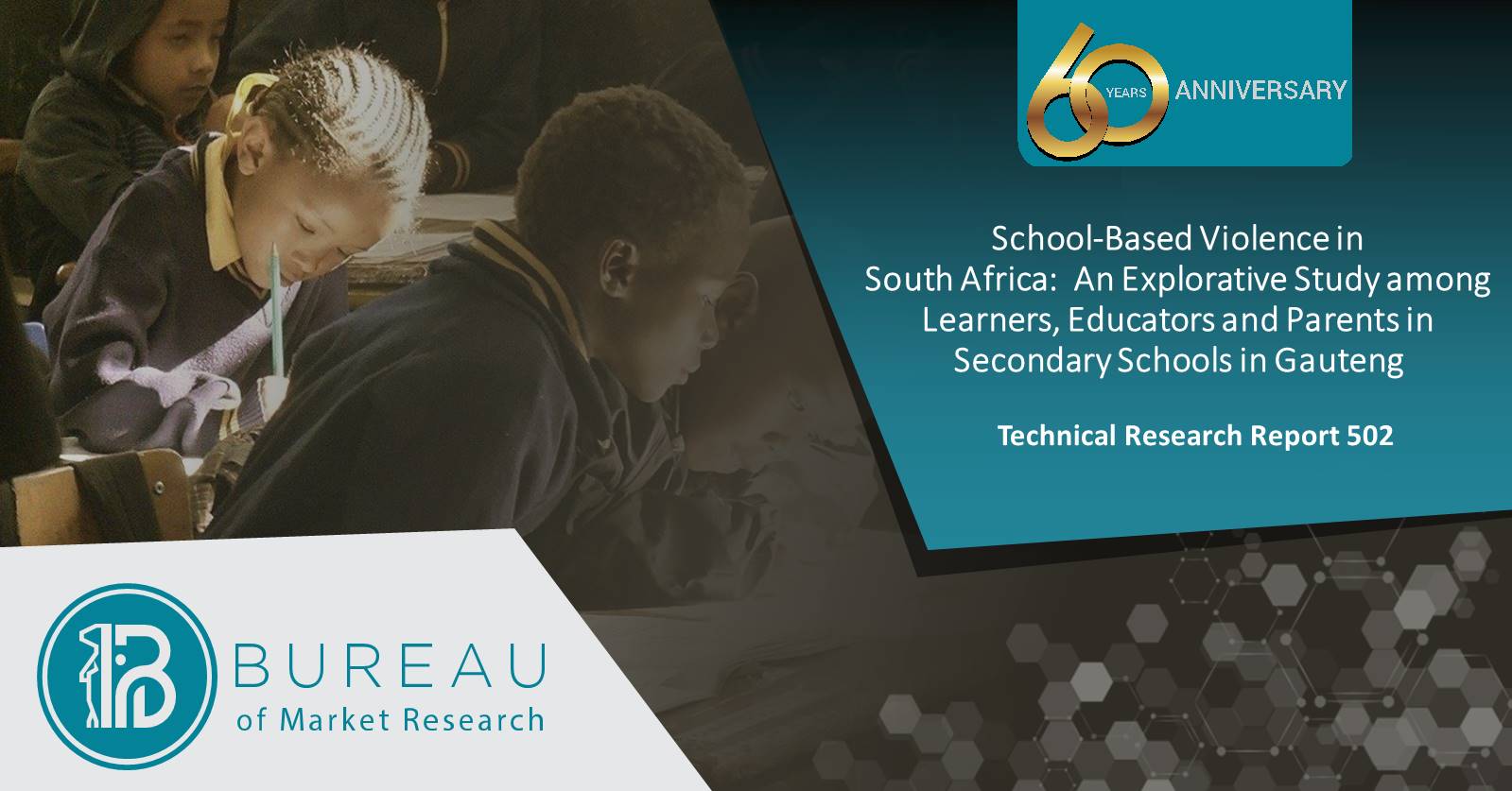 The YRU@BMR recently conducted a research study investigating school-based violence.  A total of 4760 learners and 286 educators, from randomly selected secondary schools in Gauteng, participated in the study.  Based on the research findings school violence is an everyday occurrence and schools are becoming more violent and unsafe environments for both learners and educators.

The YRU@BMR study found that 58% of learners and 48% of educators personally experienced violence at school, including physical, psychological and sexual exploitation.  Most violent incidents, including physical fights, verbal aggression, bullying, theft and harassment, happened during school time on school premises.  Based on these disturbing findings, it is evident that the causes of school violence are deep-rooted.  Both learners and educators confirmed that family problems, parental negligence, socio-economic circumstances and substance abuse are among the main causes of school-based violence.  These findings highlight that school violence is a convoluted problem that extend beyond the school environment.

The YRU@BMR study confirmed the impact of school violence is far-reaching with devastating consequences for both learners and educators.  Besides disruption and loss of learning and tuition time, learners and educators experienced intense emotions and did not always respond appropriately or received the necessary support to effectively deal with the overwhelming situation.  It is alarming that 11% of learners who personally experienced school violence, considered suicide whereas almost half (47%) of the educators who participated in the YRU@BMR study, considered resigning from their teaching positions.

Despite several existing policies, procedures and safety measures, secondary schools in Gauteng are struggling to understand the situation and grapple with disciplinary issues to address and prevent violent incidents.  The YRU@BMR study confirmed that school-based violence is a multifaceted problem, which not only requires specialised knowledge and skills, but also a collaborative approach between schools, families and communities.  For more information about the YRU@BMR research study contact Dr Antoinette Basson at abasson@bmr.co.za.