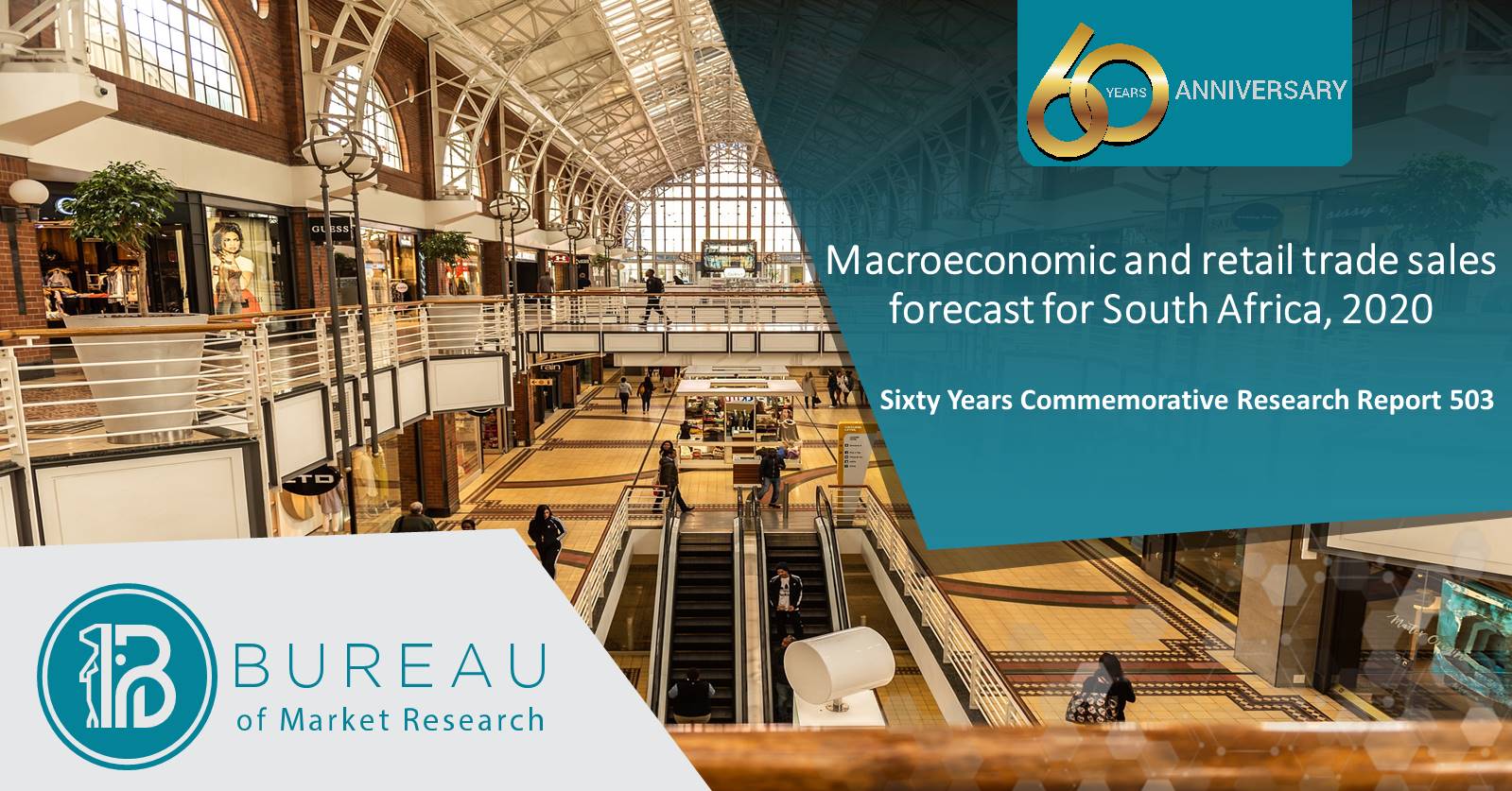 This year the Bureau of Market Research Pty (Ltd) (BMR) commemorates its sixtieth anniversary of establishment and contribution to the field of socio-economic research. It will unfortunately also be remembered as the year of the unprecedented onslaught of the Covid-19 pandemic, bringing the global health and economic system to a near stand-still and reversing development gains made by a number of countries over the last few decades. There is a great deal of speculation over the potential impact of the outbreak of Covid-19 in South Africa on the country’s fiscal position. Considering the number of people supported by the fiscus, the fiscal metrics are likely to worsen as government channels money towards fighting the virus. The national lockdown announced by the President in March 2020 has made a significant proportion of consumers financially more vulnerable.  This has had a big impact on the spending power of consumers, especially with respect to the consumption expenditure of the lower income groups. Covid-19 is now expected to have a much greater impact on global economic growth than previously thought.

Aside from the current impact of the Covid-19 pandemic, the international economic scene has been dominated by the trade war between the United States and China as well as the Saudi Arabia-Russia crude oil battle, which has resulted in the reduction in the price of crude oil, decline in commodity prices, and a softer demand from South Africa’s trading partners. Domestically, there has been a deterioration in a wide range of key variables in the South African economy over the last decade, including a substantial rise in government debt, a dramatic increase in financial support provided by government to the major state owned enterprises (SOEs), a sharp slowdown in economic growth to an average of less than 1.0% over the past four years, Moody’s downgrade of South Africa’s credit rating, currency depreciation and a further rise in the country’s already high level of unemployment. Taking these aspects into account the BMR probabilistic macroeconomic model predicts the South African economy will contract by -9.5% and for 2020 to be a far less favourable year than 2019 in terms of the key macroeconomic indicators presented in table 1 below. 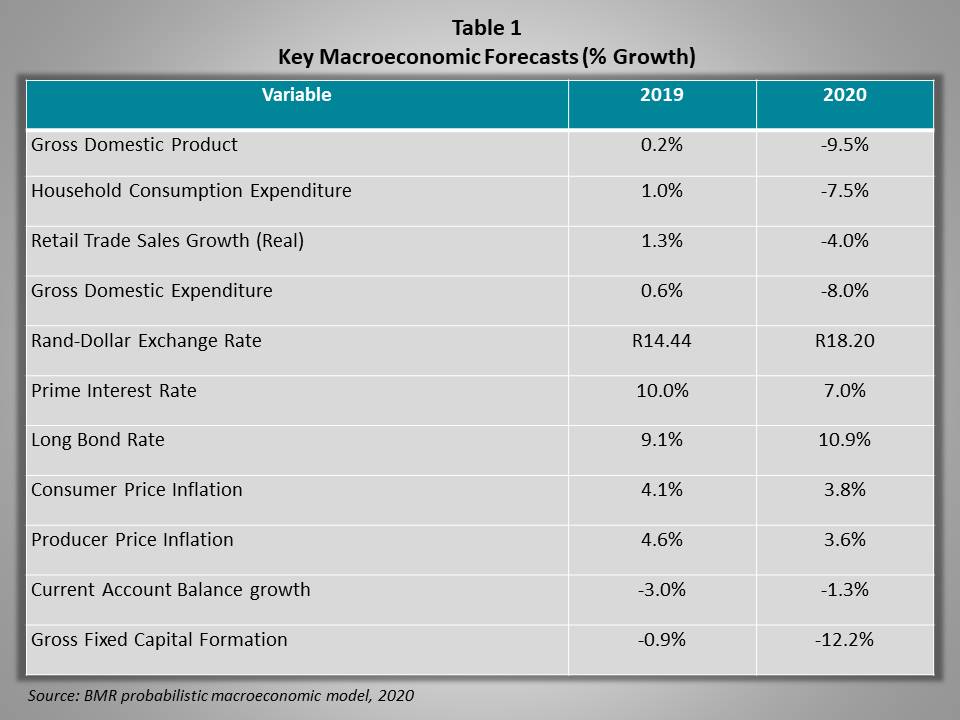 Figure 1 presents the annual growth in real retail trade sales in South Africa, confirming that the sales have been registering a declining trend during the last eight years from a high of 4.3% in 2012 to a low of 1.2% in 2019. 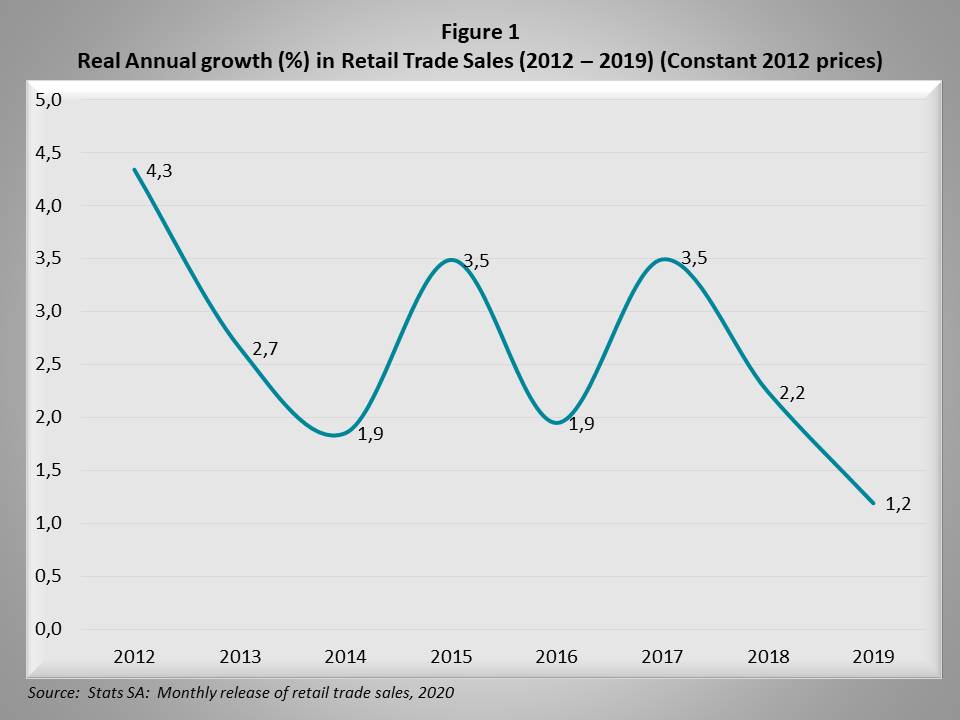 Taking into account the prospects of both the 2020 global, regional and local economies in the wake of the Covid-19 pandemic, the BMR estimates formal retail sales to contract by -4.0% in real terms during 2020. The highest reported declines are by retail outlets in hardware, paint and glass (-6.4%), followed by general dealers (-5.1%), and food, beverages and tobacco in specialised stores (-4.9%) as reflected in figure 2. 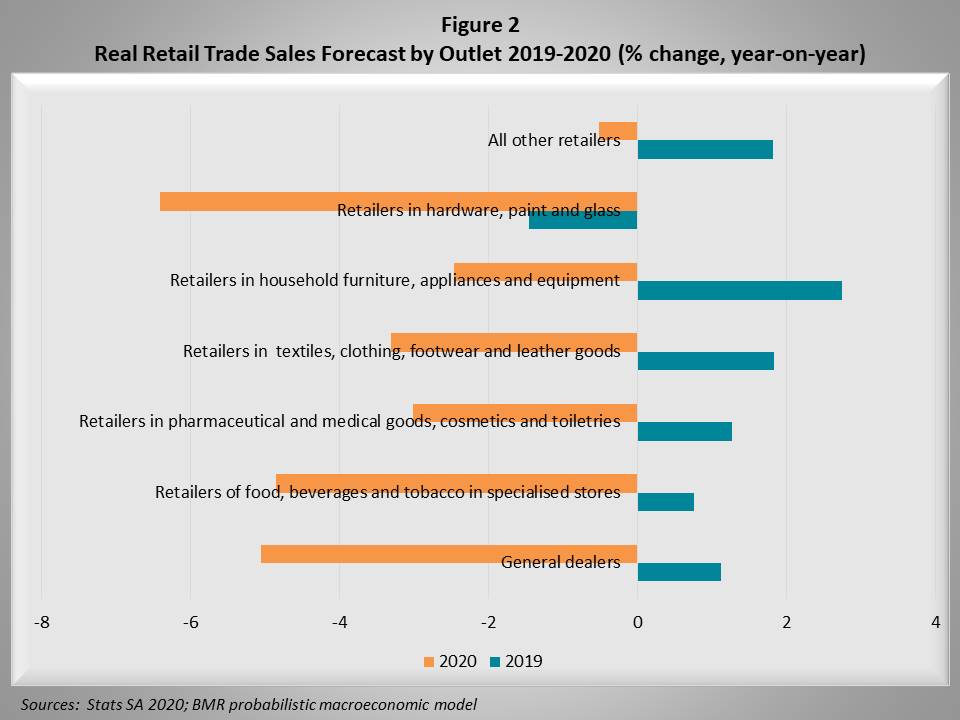 Growth in consumption expenditure is normally attributed to two major components, namely, price inflation and an increase in demand.  The BMR forecasts household retail expenditure by product group in constant terms to decline across the board.  Overall, non-durable goods are anticipated to contract the most by -8.0%, while semi-durable and durable goods are likely to contract by -6.8% each and services are expected to decline by -7.4% as depicted in figure 3. 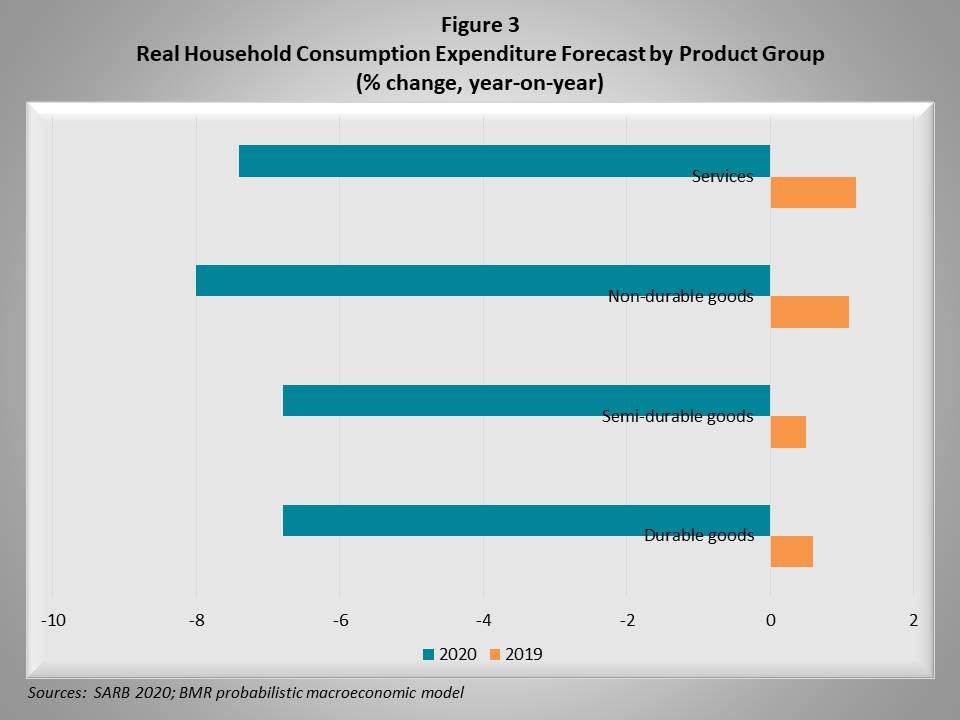 Figure 4 shows that, in terms of retail outlets, the highest expected contraction in demand by product during 2020 is  with respect to household fuel, power and water (-9.7%), followed by recreational and entertainment goods (-9.4%) and food, beverages and tobacco (-8.5%). 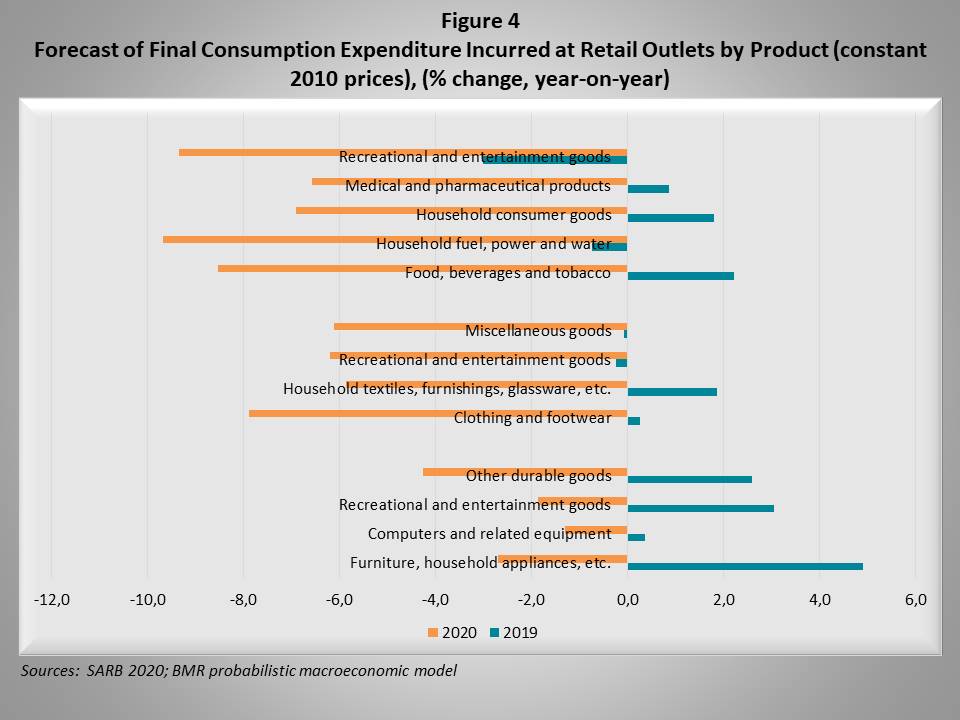 The 2020 BMR retail sales forecast shows that retail sales are anticipated to contract by -4.0% in real terms.  This forecast reflects a contraction in sales in terms of volume for 2020. Stats SA 2020 Covid-19 business impact surveys show that 89.6% of responding businesses had turnovers that were lower than their normal range. Retail stores and outlets are adapting their business models by targeting potential customers with online activities. This is done out of necessity in an effort to increase sales after registering significant declines in their offline stores, and to take advantage of new opportunities.